Florence + the Machine’s “infectious enthusiasm” at Glastonbury 2015 was enhanced by an elegant stage set with powerful, tasty lighting by Lighting Designer Rob Sinclair. To complement Florence’s dramatic and eccentric music (how many rock bands have a harp and vibes?), Sinclair combined new and traditional technology in unique ways to reinforce Florence’s grandiose performance on the festival’s celebrated Pyramid Stage.

Central to the backline were 36 ProCan Par 64s, with custom finish turned around in record time by TMB. Six rows of six ProCans, at 1000W each, could be seen by a Glastonbury audience of over 100,000 from any location at the world’s largest greenfield festival.

Also across the backline a large “kinetic wall” of mirrors, made by Jeff Wickley, was agitated to great effect by 20 DMX-controlled ProFan wind machines. Built into the stage risers was a Firefly LED festoon system with clear “Filament” version V12 lamps for a traditional festive look.

“I wanted something that looked like tungsten bulbs but was more reliable and rugged,” says LD Rob Sinclair. “The Firefly festoons have worked out very well and give a lovely glow.”

Available on the Glastonbury main stage rig were 50 Solaris LED Flares. An additional 36 Flares were brought in as a band-add for Florence’s set.  Sinclair says, “I have to say that I adore the Flare! It produces a lovely, even field of color in smoke, is super-bright, and does wonderful pastels. We have 11 shades of white in the show and the Flares carry them all, particularly in the coppery bastard amber/rose gold range.” Sinclair adds, “I’ve used the Flares before, notably with Kylie and Marina and the Diamonds. We used a pile of them on Bastille’s festival show also.”

The band’s world tour continues this summer with the same set design. Lighting Director for Florence at Glastonbury and on tour is Louisa Smurthwaite. Set designer and creative director is Willo Perron and Narci Martinez is production manager. Equipment from Premier Global Productions, lighting supplier to the tour, augmented the Glastonbury Pyramid Stage’s lighting rig, which was supplied by Neg Earth.

Check out Premier Global at www.premierglobalproduction.com and Neg Earth at www.negearth.com. 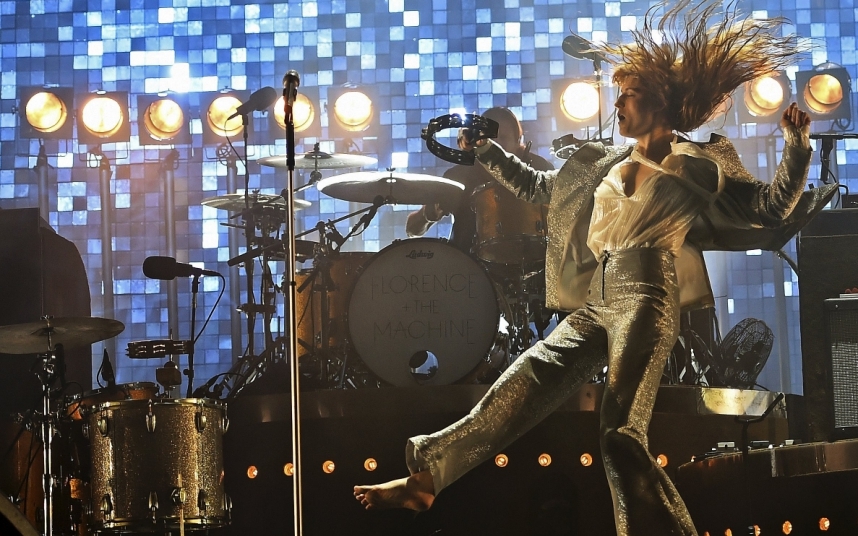 Florence Welch of Florence and the Machine performs on the Pyramid stage during the Glastonbury Festival at Worthy Farm in Somerset, Britain, June 26, 2015. REUTERS/Dylan Martinez 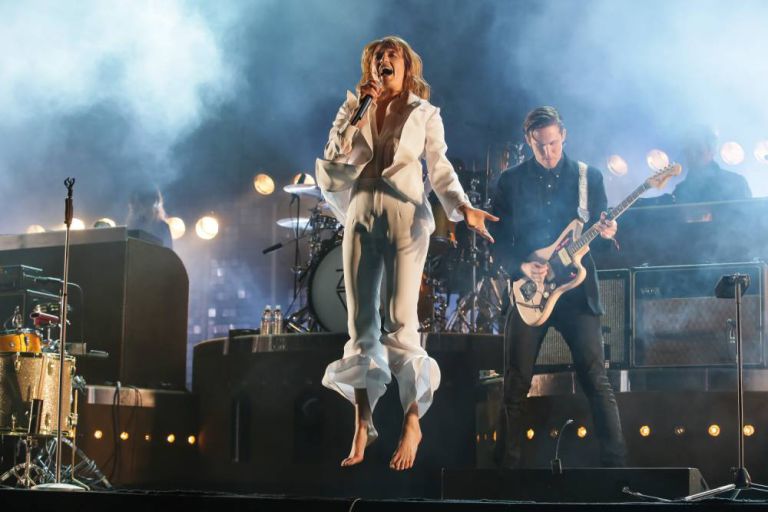 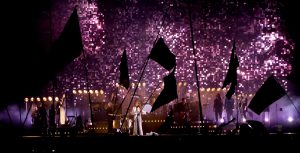