The Manchester band Stone Roses completed their European tour last month, highlighted by a sold-out performance at London’s Wembley Stadium. After a hiatus beginning in the nineties, the group’s successful comeback in 2012 made them the “Lazarus of Rock & Roll.” For their 2017 tour, lighting designer Paul Normandale of Lite Alternative Design included two Solaris T-Light 85,000 Watt Lightning Machines.

“Two were plenty,” says Lighting Director and Programmer Glen Johnson. “These over-the-top strobes are reliable and daylight bright. We needed something for maximum impact against a huge amount of video surfaces. The back screen alone was 35 x 6 meters, with an additional seven screens of IMAG! The T-Lights provided defining moments when used and dramatically ‘altered’ the stage surface each time. Love them!”

Provided for the tour by Lite Alternative, Solaris T-Light Lightning Machines have a flash length from 1/30 to 3.5 seconds and an output of up to two million lumens! ETL Listed and housed in a rugged stainless steel enclosure, they feature an adjustable spot to flood beam width. The T-Light 85 Kilowatt Lightning Machine is the “Bad-Ass” member of the Solaris family of high-performance LED and xenon fixtures and strobes.

Find out more about Lite Alernative at http://www.lite-alt-design.com/.

TMB is exclusive distributor for the T-Light and other Solaris strobes and fixtures: www.tmb.com/solaris.

Learn about other innovative products from TMB at www.tmb.com. 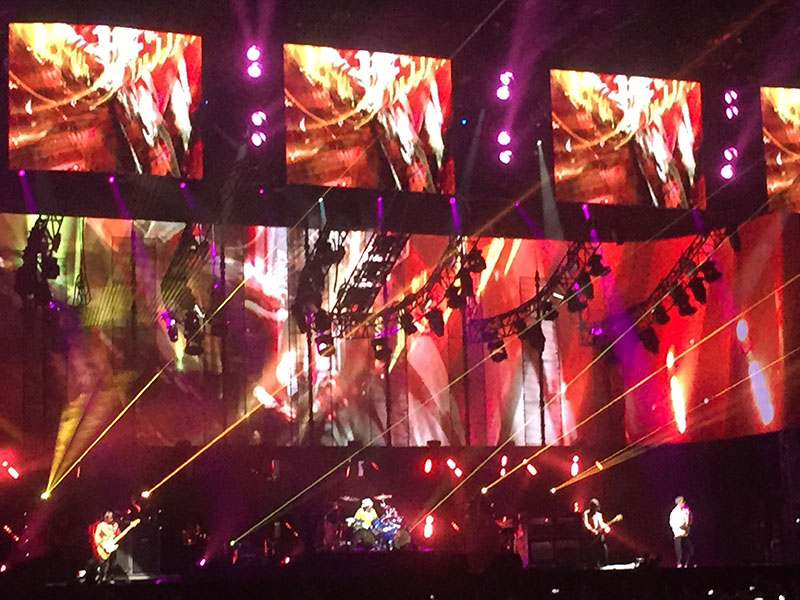