Picture a musical Olympics with two weeks of international competition, climaxing in a final round with 170 million TV viewers, the largest musical show in the world – more than twice the audience of the Super Bowl! The Eurovision Song Contest has been softening national cultural barriers in Europe for 57 years.

This year’s Eurovision production featured a unique design element requiring very special lighting; an element that demanded the brightest LED fixture on the market: The Solaris LED Flare – 32 Flares to be precise!

Flanking the sides of the main stage, extending overhead to meet above center-stage, were two 8-ton, 46-foot tall super-arches. The arches, located midway between up – and down-stage, required internal illumination to achieve proper depth perception. Exterior lighting just wouldn’t do. Layers of plexi/acrylic sheets in each arch were toned and darkened for effect, which posed additional problems: the illumination had to be bright enough to blast through the layers with potency, even on camera.

Ola Melzig, Eurovision’s Technical Director for the last 11 years, explains, “The arches were intended to have stand-alone value, independent of external lighting. We tried traditional fixtures to punch through the plexi layers but all we got was an inner glow without the explosive effect we wanted. We searched for the right tool and happily found Solaris LED Flares. They’re the only product that could do what we needed; nothing else out there could do it.” Ola adds, “These units are angry! We used them as color washes about 80% of the time with an occasional strobe effect over the wash. The arches were in every TV shot and, with a Flare per metre, the brilliance was intense!”

Ola Melzig of M&M Production Management is based in Sweden and Texas. Lighting Designer for the Eurovision Song Contest 2013 was Fredrik Jönsson of Eyebrow Designs.

The super-bright Solaris LED Flare is a combined Wash/Blinder/Strobe RGBW LED fixture drawing a full 1000 Watts. It was recently awarded Lighting Effect Product of the Year 2012-13 by Live Design magazine. First used in early 2013 by LD Cory Fitzgerald to light the Cat Power tour, the Flare has since appeared in a variety of other high-profile productions and events, including: The 85th Academy Awards; 55th Grammys; Miami ULTRA Music Festival; the ACM, AMA, ACA and CMT awards shows; Kenny Chesney No Shoes Nation tour; Bruno Mars Moonshine Jungle tour; Jay-Z & Justin Timberlake Legends of Summer tour, and many more. The unique, unprecedented creative benefits of the Solaris LED Flare are being discovered by leading designers everywhere.

TMB is worldwide exclusive distributor for Solaris LED Flare: tmb.com/category/solaris-flare. Learn more about many other exciting and innovative products from TMB at www.tmb.com. 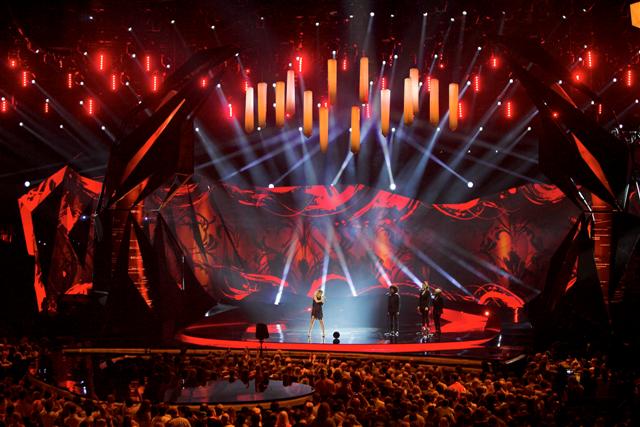 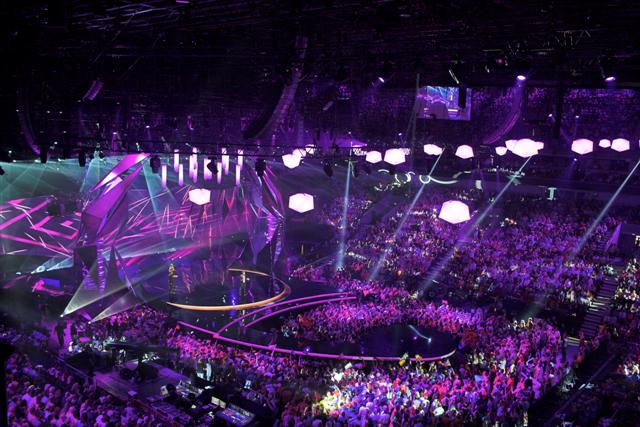 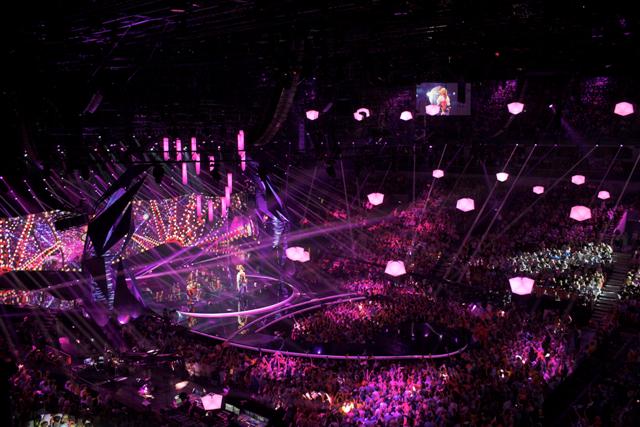 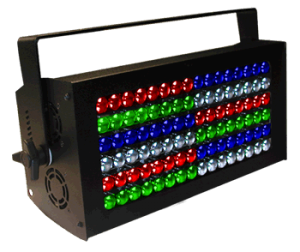