At this year’s PLASA Show Awards Ceremony, October 7 at ExCel, London, the Solaris LED Flare lighting and effects fixture was honored with the coveted PLASA Sustainability Award. The eco-friendly concept behind the Flare’s design was recognized by the PLASA Innovation Award judges, who asserted, “This multi-purpose, energy efficient product will save loads of energy by replacing and eliminating the massive power consumption of existing fixtures including strobes, audience blinders, and wash lights.” The PLASA Sustainability Award is a unique honor, awarded at the judges’ discretion for significant achievements in environmental excellence which will benefit this generation and the next.

Earlier this year, Live Design magazine proclaimed the Solaris LED Flare a Product of the Year 2012-13. Lighting Designer Cory Fitzgerald, who orchestrated the Flare’s debut on Cat Power’s world tour says: “The Flares are not only incredibly bright, but also incredibly versatile. Their unique design allows them to be a blinder, a wide but directional wash light, and a powerful strobe, all while combining color mixing and white LEDs. They are a truly powerful new tool!”

Kenny Chesney’s 2013 No Shoes Nation tour replaced conventional strobes plus scrollers, audience blinders plus scrollers, and stage wash lights with 100 Solaris LED Flares, realizing significant savings and dramatically improved lighting looks. “The economy of the Solaris Flare is indisputable,” says David Haskell, CEO of Nashville’s Morris Light and Sound. “By switching to Solaris Flares on the Chesney tour, we dropped two 400A services and added the potential for more color washes, saving on material, freight, labor, and time.” We couldn’t be happier with the performance – they’re brighter than anything out there, with richer colors to boot!”

Find out more about Cory Fitzgerald at www.icallmyselfcory.com.

Morris Light and Sound are at http://morrislightandsound.com/.

Learn more about many other exciting and innovative products from TMB at www.tmb.com. 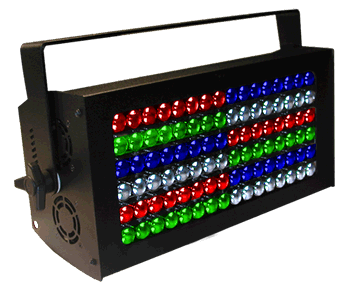