Bay area sound reinforcement contractors Pro Media of Hercules, CA, recently replaced the entire speaker system at the Honda Center (a.k.a. Anaheim Pond) in Orange County, CA. Four center clusters with 22 JBL cabinets each and 30 delay fills were installed, along with a custom ProPower® RPD power distribution for the Crown amp racks. Approximately 4,000 feet of ProCable® speaker cable was used. All loudspeakers and cable drops were replaced and operational in one week!

Pro Media has been contracting sound reinforcement for permanent installations for 25 years. Other installs include Pac Bell and Candlestick Parks in San Francisco, Oakland Arena, Stanford Stadium, and American Airlines Center in Dallas. At the Honda Center, the entire eight year-old speaker system had to be removed and replaced. Demetrius Palavos of Pro Media says, “What made this project unique was that we had only a seven-day window from de-install to install. With a hard deadline for an NHL game, we didn’t have the luxury of a refit. We were familiar with ProCable since our sister company UltraSound uses it in their touring systems. We flew 118 boxes and made 200+ terminations to the amp racks. The installation schedule had no room for error and the equipment TMB supplied was dead on.” 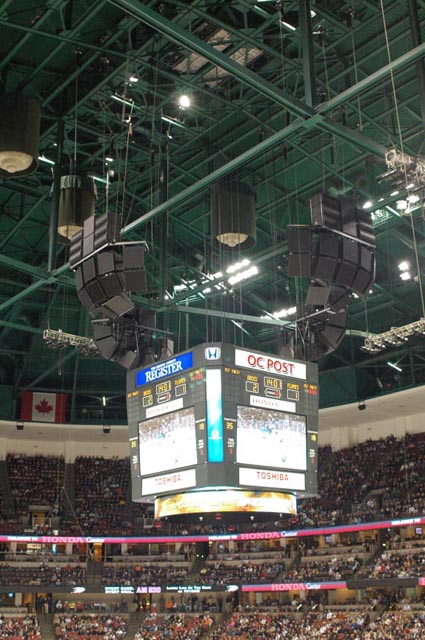 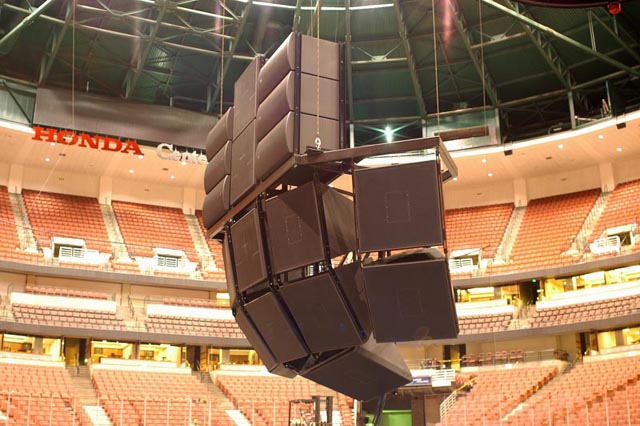