108 of Solaris LED’s unique new Mozart lighting fixtures are featured in the spectacular show designed by Eric Wade of FOHShow LLC for the 2014-15 USHER UR Experience World Tour. Commenting on the diminutive RGB fixtures’ versatility and impressive intensity for their size, Wade says: “Mozarts absolutely rock. We’re using them for internal set lighting, behind panels on ladders and straight forward open as an effect type instrument. They’re extremely versatile, giving many different types of looks, and they’re extremely cost effective. I can have several hundred of these on a tour for the price of a handful of movers, so I really don’t sacrifice much to get a large amount of them into my show. It’s the only light I spec by the hundreds. It’s the perfect light!”

Mozart fixtures, weighing just over one pound, are ideal for use as direct eye candy or to add indirect texture to any design. Programmer and Associate LD, Eric Marchwinski explains, “We’re dividing each 5×5-inch Mozart into four RGB segments or pixels, although up to 16 per fixture are possible. They give us another layer of lighting. We can make them strobe; we can make them twinkle like stars; we can do all kinds of dynamic stuff with them, and we can place them almost anywhere. We knew they were going to perform well, so we added extra for those ‘just in case’ moments. The versatility of this fixture is really refreshing.”

Also featured in the tour’s design are 56 Solaris LED Flares. Super-bright Flares are the ideal high-performance LED wash, strobe and blinder – in a single fixture – saving on material, freight, labor, power, and time. “The Flare is my absolute favourite audience / strobe light!” exclaims Wade. “Their intensity, rich colors, and multiple versatile functions combine to add an amazing layer to any show.” Wade adds, “I first specified Flares for Maroon 5 last year and became an instant convert. I use them in many ways, sometimes to just add a layer of color to the stage or audience, as a brilliant strobe fixture, or use them in multi-pixel mode for very nice effects. Flares are the 21st century Molefay replacement and more!”

The recently introduced Mozart has appeared on a number of high-profile sets, including The Grammys; Beyoncé/Jay Z On the Run HBO Concert Special, The X-Factor UK Finals, and very recently USHER/Blake Shelton co-headlining at AT&T Stadium in Dallas. Solaris LED Flares have been specified for prestigious productions such as Super Bowl Halftime, The Academy Awards; The Grammys; Eurovision Song Contest; Miami ULTRA Music Festival; and concert tours such as Kenny Chesney, Bruno Mars, Justin Timberlake, and countless others. For the USHER tour, Flares and Mozarts were provided by VER.

Find out more about Eric Wade and FOHShow at www.fohshow.com. TMB is exclusive worldwide distributor for the Solaris LED range of fixtures, including Flare, Mozart, Linear RGBW, and the new SoLED strobe. See more info at tmb.com/category/solaris. Learn about more innovative and exciting products from TMB at www.tmb.com. 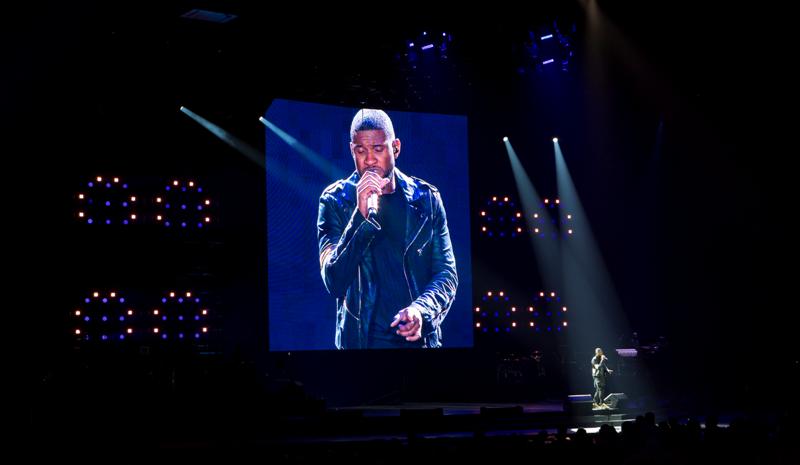 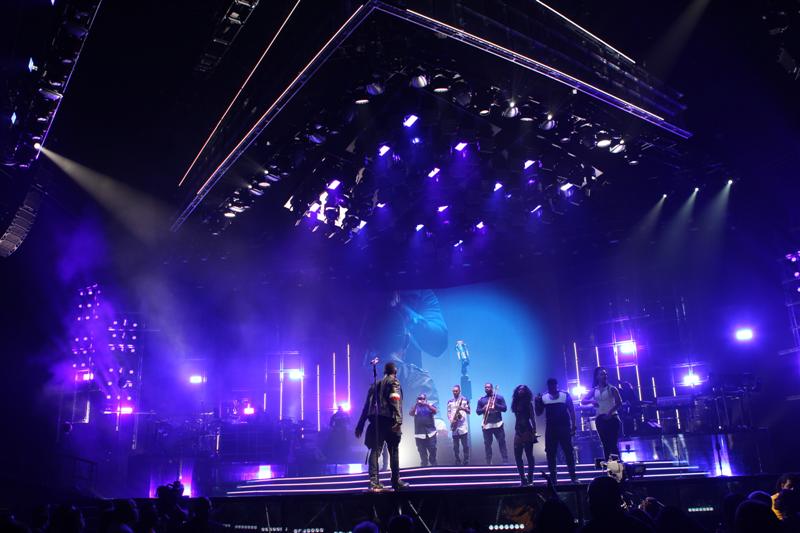