WrestleMania 33 set a record last month as the most-watched WrestleMania ever.  Dubbed an “ultimate thrill ride for the ages,” WWE’s signature event at Camping World Stadium in Orlando, Florida featured 13 matches, including two world championships.  A larger-than-life ring atop the massive truss centerpiece was designed and installed by All Access Staging & Productions.  Resembling something out of Gulliver’s Travels, the giant ring was a befitting symbol for the wrestling giants competing in this epic showdown.  Around the perimeter of the giant ring were oversized red, white, and blue ultra-bright ring “ropes” illuminated by 2,000 feet of Firefly FloppyFlex LED neon.

“The glowing ropes around the 80 x 80 foot ‘ring’ crowning the real ring were dramatic eye-catchers,” says Erik Eastland of All Access.  “Using the structure’s rooftop as the ‘mat’, we built the giant ‘ropes’ out of 12-inch frosted PVC ducting hose, each illuminated with double-runs of FloppyFlex RGB.  The FloppyFlex is easy to cut and install and, most important, it’s much brighter than conventional LED tapes.  The vivid colors could be clearly seen from the farthest seat in the stadium, even against a fireworks backdrop!”

Production Designer for WrestleMania is Jason Robinson and Production Manager is Jeremy Shand.

Find out more about WrestleMania at www.wwe.com/shows/wrestlemania/33.

Learn about other exciting and innovative products from TMB at www.tmb.com. 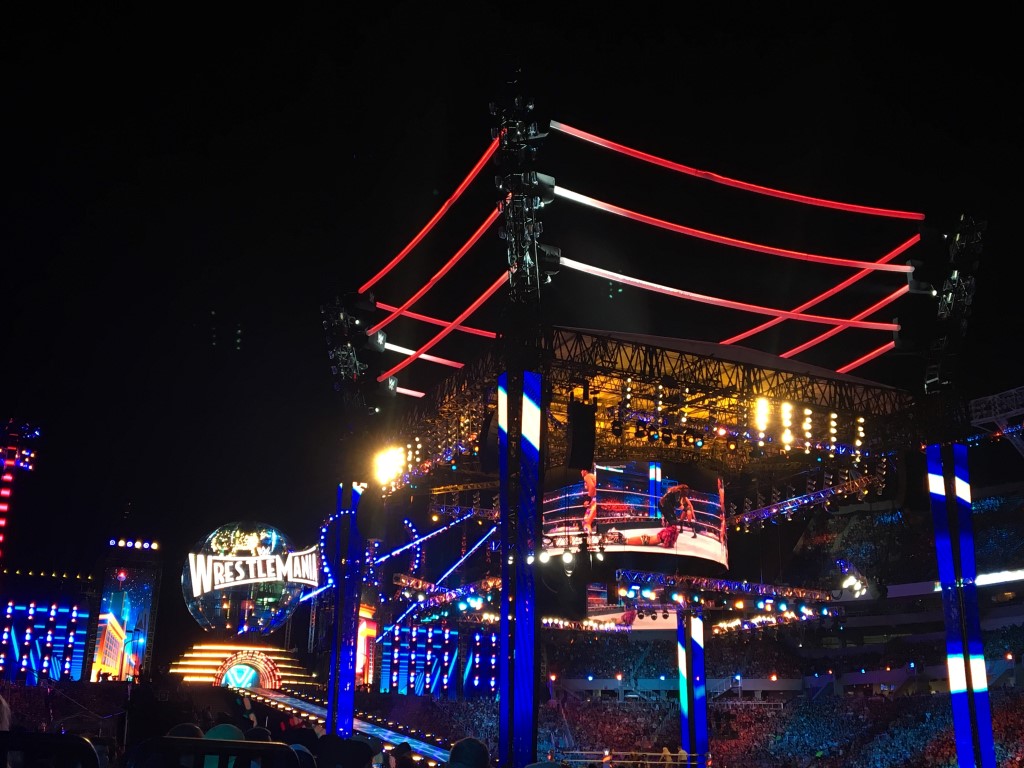 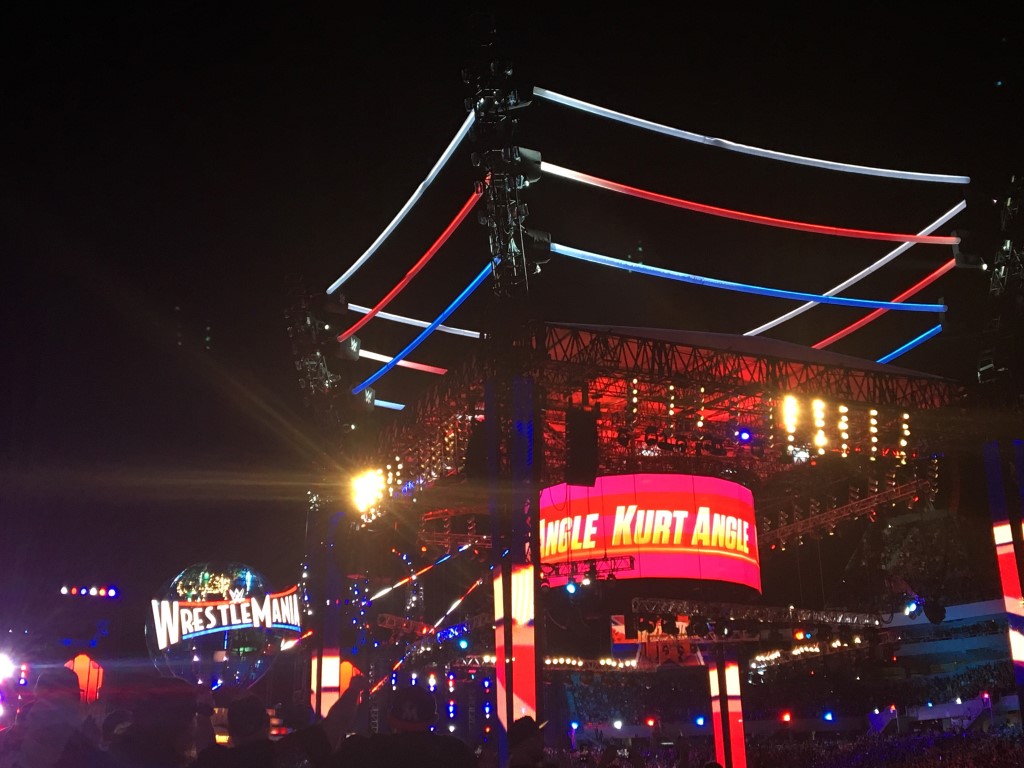 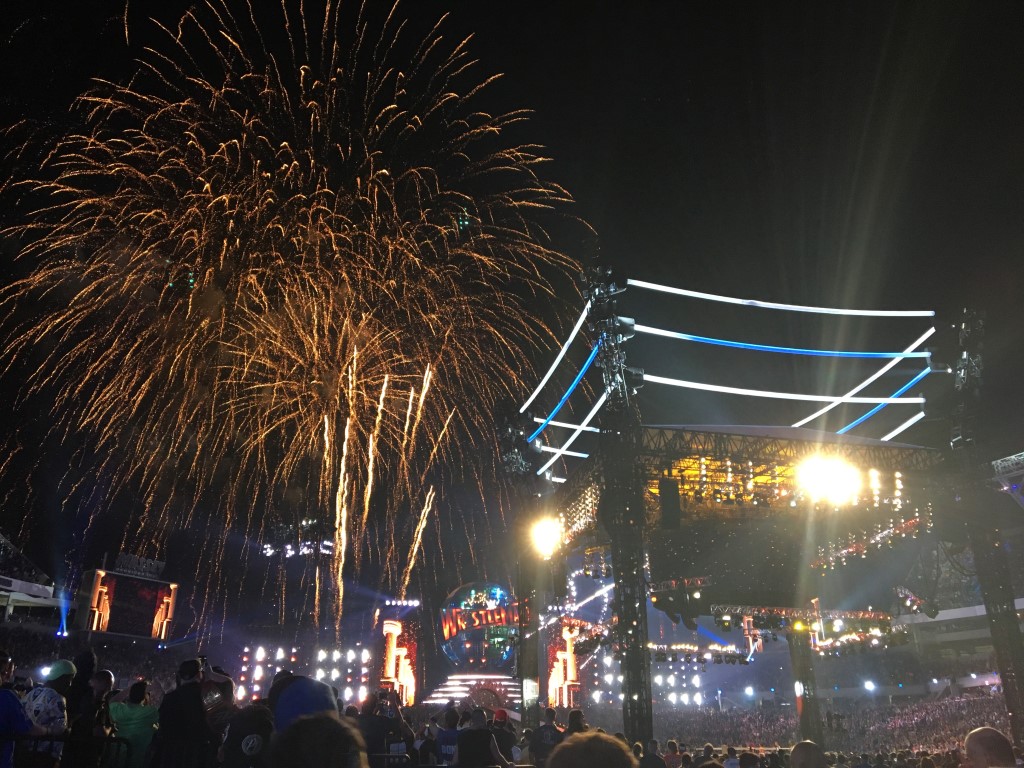