Dream Theater is once again bringing their progressive metal sound to Europe.  The first leg of their Images, Words & Beyond tour closes in Helsinki this month.  They will resume in April in the UK and close in Vienna in May.  Keeping pace with the fiery brilliance of the band’s veteran metal shredders are eight blazing Solaris Flares.

“On this tour we’re using the Flares for overhead wash and strobe effects,” says tour Lighting Designer and Director, Steve Baird.  “What I really like about Flares is their awesome power!  They’re extremely bright and their multiple functions make them ultra-versatile.  We’re using the Flares in full advanced mode and they’ve been rock solid performers.  We haven’t had to replace a single unit thus far.”

Baird adds, “Jon Greaves and Andy Scott at Lite Alt recommended the Flares to us last year and we were more than pleased.  This year we knew what we were getting and we plan to use them again and again.”

At Steve’s side on the Dream Theater lighting team are Roger Taillefer and Kris Lundberg.  Lite Alternative is the lighting supplier for the European segment.  Later this year Dream Theater will be touring in Asia and America.

Solaris Flares have been specified and used by professionals on countless concert tours, shows and spectacles worldwide.  A new Flare Q+, recently introduced, has all the features of its predecessor, plus the added benefit of revolutionary Q+ Technology™.  New Q+ LED driver technology increases brightness by over 40%, up to an amazing 52,000 lumens in the 96-LED format, and 58,000 in the new Flare Q+ LR linear 108-LED unit.  A “Theatre Mode, with slightly reduced output, is effectively silent, yet still 8% brighter than the original Flare.  Both the Flare Q+ and Flare Q+ LR fixtures have a calibration function that allows matching of intensity and color with earlier generation Flares.

Find out more about Steve Baird at stevebairddesigns.com.

Lit Alternative can be reached at www.lite-alternative.com. 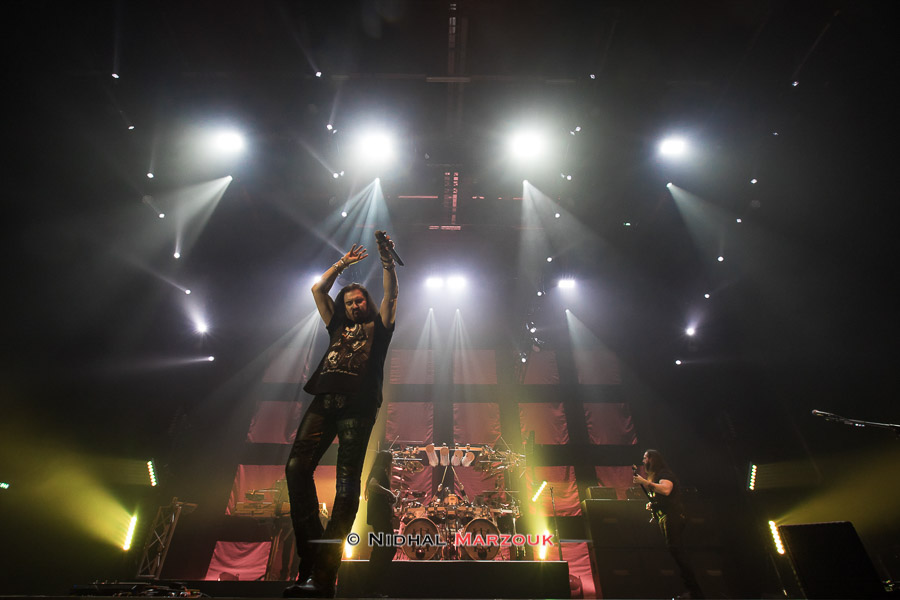